This post was written before this morning’s attacks on Brussels. We are obviously disheartened and distressed over these acts of monstrosity. But we are also encouraged by the Belgian peoples’ resilience and fortitude in the face of tragedy. We hope that this somewhat insignificant submission may serve as a small tribute to Belgium  — to its people, its joy, and its love for life. We love you dearly.

“I don’t know what to think of this post,” I told Jason. “It’s only about mayonnaise.”

“No,” he replied. “It’s ALL about mayonnaise. And that’s everything.” I guess that is the verdict when you have a mayo lover on your hands.

Truth time: mayonnaise is not my favorite condiment.

Between the BBQ sauces, ketchups, and stone ground mustard options of the world, mayo takes a back seat until a BLT or pesto addition can be made available to me.

But I married a mayo addict, so this somewhat strange side has inevitably become a staple in our household.

I’ve learned over time that it’s a Belgian thing. After living a year in Belgium during his more formative years, Jason adopted a few of the country’s more endearing food preferences: the best chocolate, the finest beer, fresh moules frites, and, apparently, a side of mayonnaise. French fries, burgers, tater tots… it turns out they all cry out for mayo.

And you know what sucks? I’ve started liking it too. I’ll certainly still opt for my at-the-ready ketchup bottle on the restaurant table, but I’ve stopped internally complaining when Jason asks the waiter for a side of mayo. Because French fries and mayo do, somehow and surprisingly, belong together, and I like the option of stealing some of Jason’s should the mood strike. 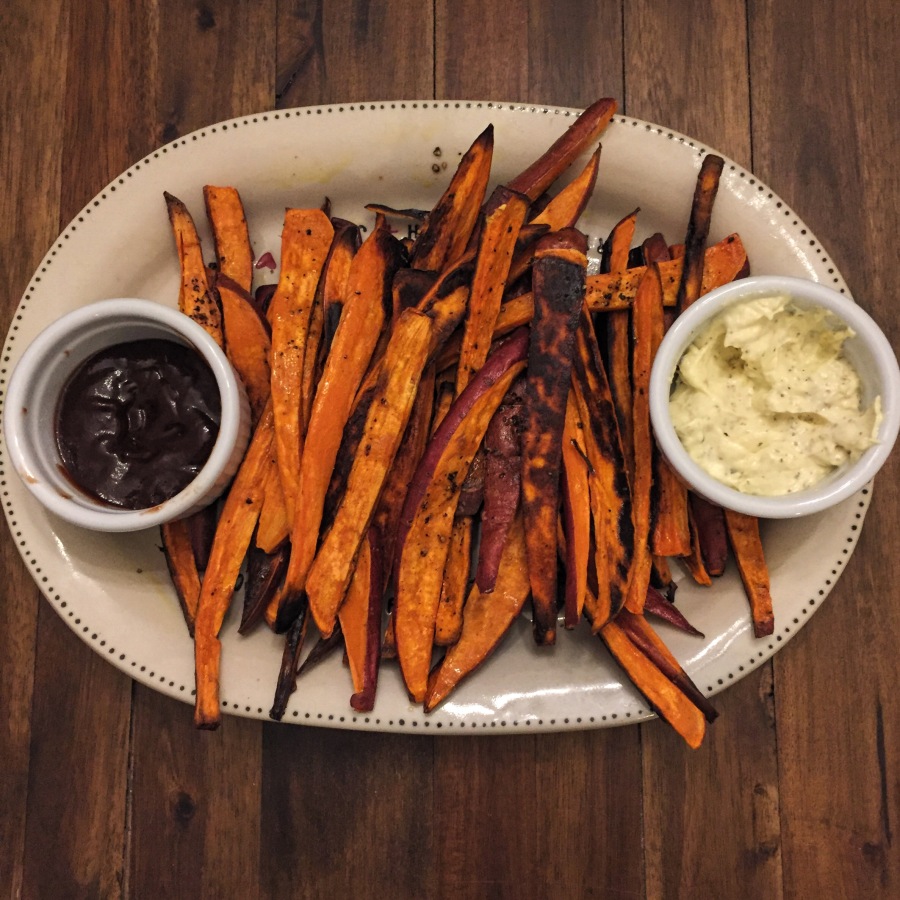 We’re not ones to settle on just your run-of-the-mill grocery store label mayo though. Of course, Jason prefers to make his own. Because he can.

Don’t get me wrong, Jason’s condiments always turn out better than the pre-made stuff. [His cocktail and BBQ sauces are my absolute favorites.] But his mayonnaise game only recently became worthy of sharing.

That’s because we made a pilgrimage to Belgium not too long ago and learned a homemade version straight from the source: Jason’s old host dad, Jean. Granted, I didn’t understand a single word of Jean’s lesson because it was imparted to us entirely in French, but I thoroughly enjoyed the enthusiastic presentation of it, sound effects and all. [Envision a grown man almost as big as Jason imitating a stick blender rising out of a pitcher. That’s a universal language if I’ve ever seen it.]

Jean and Jason, two peas in a pod

Since then, Jason has been perfecting it and sharing tips with Jean via email to ensure its authenticity. The result is something I can’t believe I love. To give you a sense of the magnitude of deliciousness, I will say only this: I have never in my life licked a spoon or knife after dishing out a serving of mayo. This stuff has me licking the spoon, my fingers, and anything that the mayo touches. Holy crap it’s good. [Believe it or not, it performs especially well on a simple slice of bread.]

Be warned: this mayonnaise is not for the faint of heart or counter of calories. It does involve raw eggs, but the vinegar and mustard do a good job of prohibiting the growth of bad bugs. It’s certainly safer than eating the raw cookie dough or brownie batter we know you [ahem, we] love. If you’re really worried about it though, opt for pasteurized eggs. 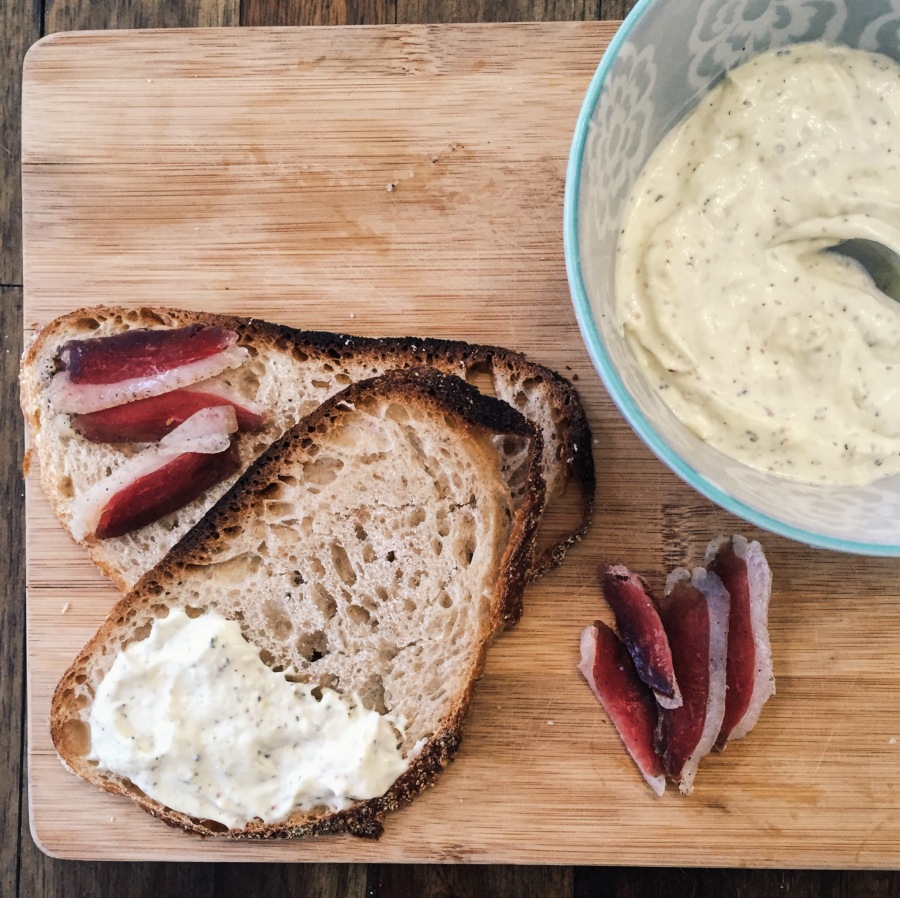 As Jean says, “Voilà je viens d’en faire à l’instant et elle est très bonne!!!!!” [Or, “Voilà, I just made some at this moment and it’s very good!!!!!”] Because we did just make some, and it is indeed very good!