There’s something about out of town visitors that brings out the best in life, be it epic road trips, new mountain towns, stunning hikes, live music events, or killer picnic spreads.

Fortunately for us, we have the kind of friends who can [and will!] pack all of these things into a single day.

The idea began with Adriane, who is at once the most endearing and energetic person we know [and perhaps the most consistent long-distance-phone-call friend of them all]. I learned the majority of my development “skills” working alongside her during our D.C. days and am still constantly wondering why this talented flutist, music aficionado, fundraising champ, and driven-to-the-core human being would want to remain friends with a poser such as me. But she does. So I revel in her sunshine as long as she will let me. 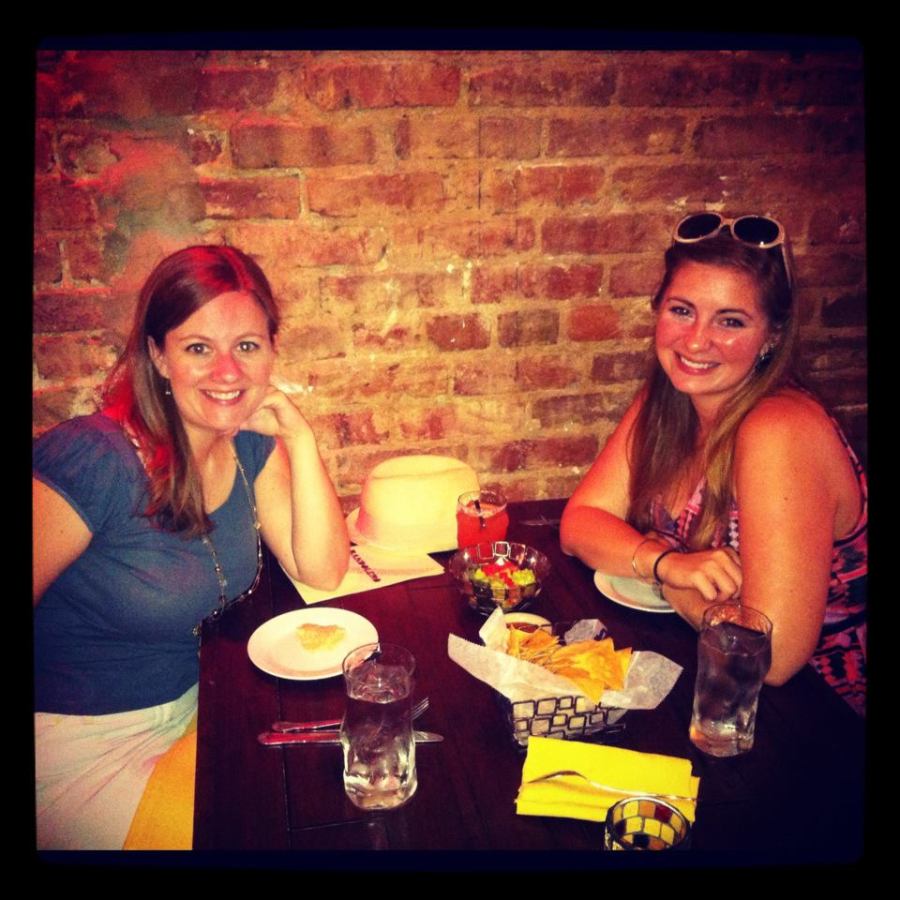 Our last meal together in D.C.

Imagine our joy, then, when Adriane expressed an interest in attending the Aspen Music Festival this summer. We were immediately in given our love for classical music, our delight in see her, and our desire to finally visit Aspen. Next thing we knew, our mutual friends Joe and Lindsay were buying their plane tickets to join in on the fun as well. And thus, what began as a pie-in-the-sky idea transformed into one of our most anticipated getaways of the summer. It was especially exciting because this was going to be the first time all five of us would be together at the same time. [Say what?]

You see… Adriane introduced us to Joe and Lindsay back when Jason and I were still dating. They were living in Japan at the time, but we became pen-pals of sorts as we shared — somewhat surprisingly given the fact that we hadn’t even met! — our faith journeys, our relationship dynamics, and our eventual path to the altar. So yeah, the thought of an entire weekend with these people was a big deal to us.

GABFest 2014: our first time meeting Joe and Lindsay in person!

What occurred could perhaps best be described as a Colorado bucket list weekend, full of things we had yet to do in our four years here:

Lawn games on the top of Mt. Ajax 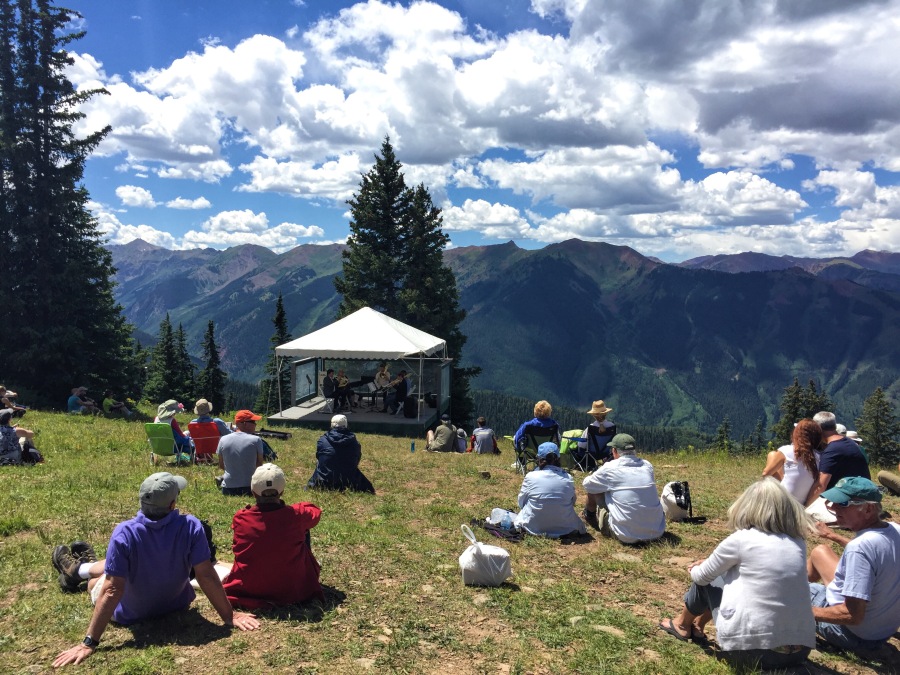 Music on the Mountain

Did I mention we did everything?

All of these things — plus a healthy amount of wine, whiskey, and Derby cookies — defined this past weekend. But really, it all would have meant nothing without the company. Because these three individuals are the kind of people who make it all worth it. When Joe and Jason enter into an overly intense hour-and-a-half game of lawn chess… when all five of us [yes, even Jason!] sing the entire Hamilton soundtrack to pass the time on the drive back to Denver… when Table Topics becomes the game of habit into the wee hours of every night… when Joe and Adriane leave early to pick up coffee for the struggling non-morning people… when one piece of music speaks to each of us in similar yet different ways… when carry-out pizzas and fancy French dinners solicit the same level of enthusiasm. These are the moments when you know you are with your people. 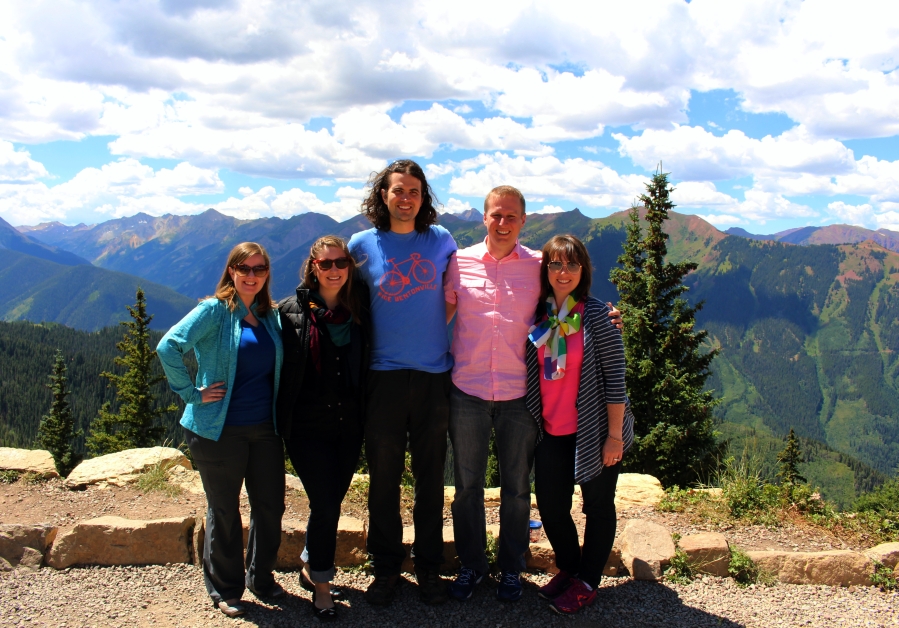 Yet if you were to ask us which moment we would like to relive the most, I think the majority of us would probably go back to Friday evening’s pre-concert picnic. The music selection was certainly sensational — with the Aspen Chamber Symphony’s take on two iconic Mendelssohn pieces and Daniil Trifonov leading Schumann’s Piano Concert in A minor — but it was the setting amid the aspen grove, the para-sailers floating above the mountains, the constantly flowing dialogue, and the exceptional picnic array that really just took the experience to the next level.

The spread turned out better than we could have imagined and cemented our belief that picnics should become a regular staple in our household [and a skill we should commit to improving].

The menu was as follows: a quinoa, shrimp, and olive salad to start; a sesame mayo, Alaskan salmon, and bacon combo atop fresh bread; our favorite duck breast prosciutto; two lovely cheeses and a salami from Aspen’s Meat and Cheese shop; specialty chocolates flown in straight from Ft. Wayne by Joe and Lindsay; plenteous bottles of wine; and the true star of the show: homemade Blueberry Plum Preserves. 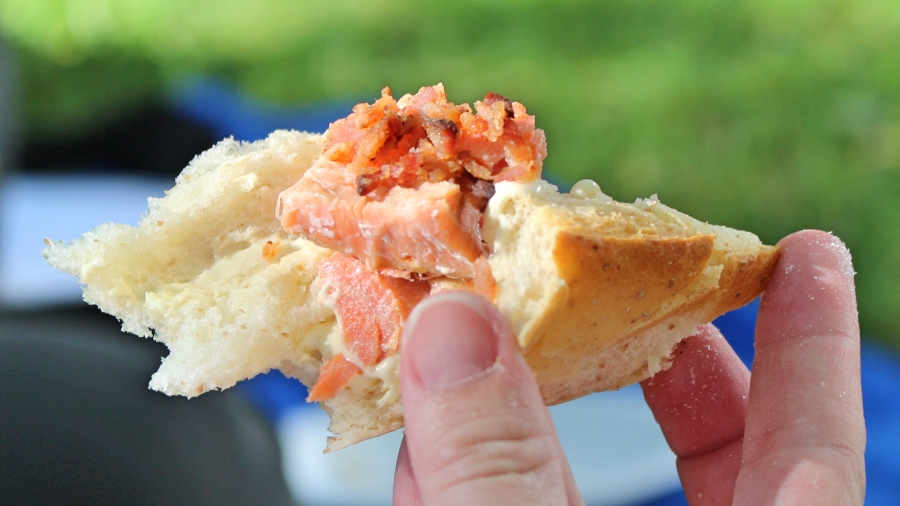 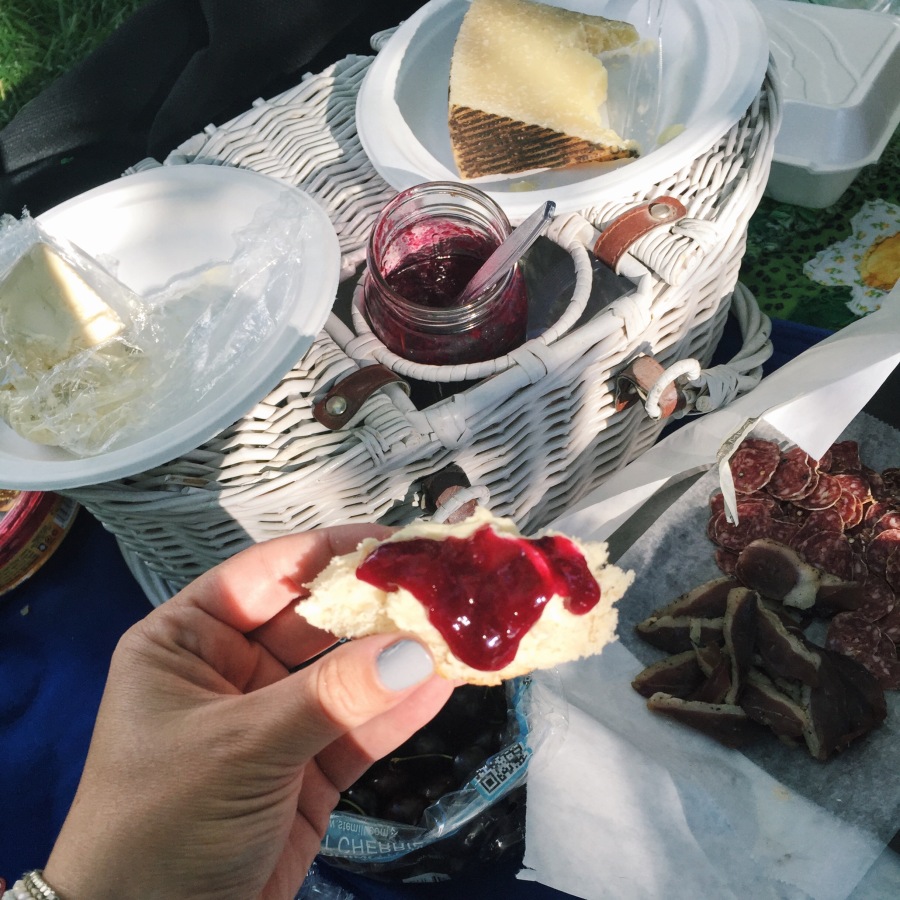 We figured this concoction might be a nice addition to the picnic lineup, but we had no idea how big of a role it would play over the course of the weekend. We paired these Blueberry Plum Preserves with yogurt for breakfast and a delightful Delice de Bourgogne cheese for dinner. It turns out that the plum/pluot base makes it sweet enough for the mornings, and the rosemary grounds it enough to translate into the evening. [Just call it the little black dress of preserves!]

So the next time you’re planning an epic picnic or have a few fellow foodies coming into town, conjure up some of this deliciousness and go to town. I, for one, will now always think of these dear friends whenever we set out a jar of it for sharing [or hogging].