It wasn’t intentional, but I’m pretty sure we began the Fourth of July weekend in protest.

It was storming in the mountains, which thwarted our previously planned Saturday escape, and the fireworks continued relentlessly into the wee hours of EVERY.SINGLE.NIGHT, keeping us from our cherished long weekend of sleep.

Come Sunday, we were Independence Day Scrooges, bah humbug’ing and judging every stereotypical hamburger clad barbecue with their All-American condiments and Party in the USA anthems.

This apathy is probably why we served up an almost anti-American spread during our July 3rd gathering. We were thrilled to have an excuse to host our friends, but we were adamant about doing something different [if only because we’re still trying to be gluten-free, and hamburger buns are anything but].

The menu went something like this: lamb and chicken kebabs basted in yogurt and chimichurri-inspired sauces, homemade hummus and fresh vegetables, prosciutto-wrapped melon, olives galore, a big, farmer’s market salad tossed in balsamic yumminess, and a homemade [gluten-filled] peach and blueberry pie. Add in some peach wine spritzers and mojito popsicles — as well as more dogs than our house was probably meant to hold — and we were one happy crew. [Well, no one complained, so that’s something.] 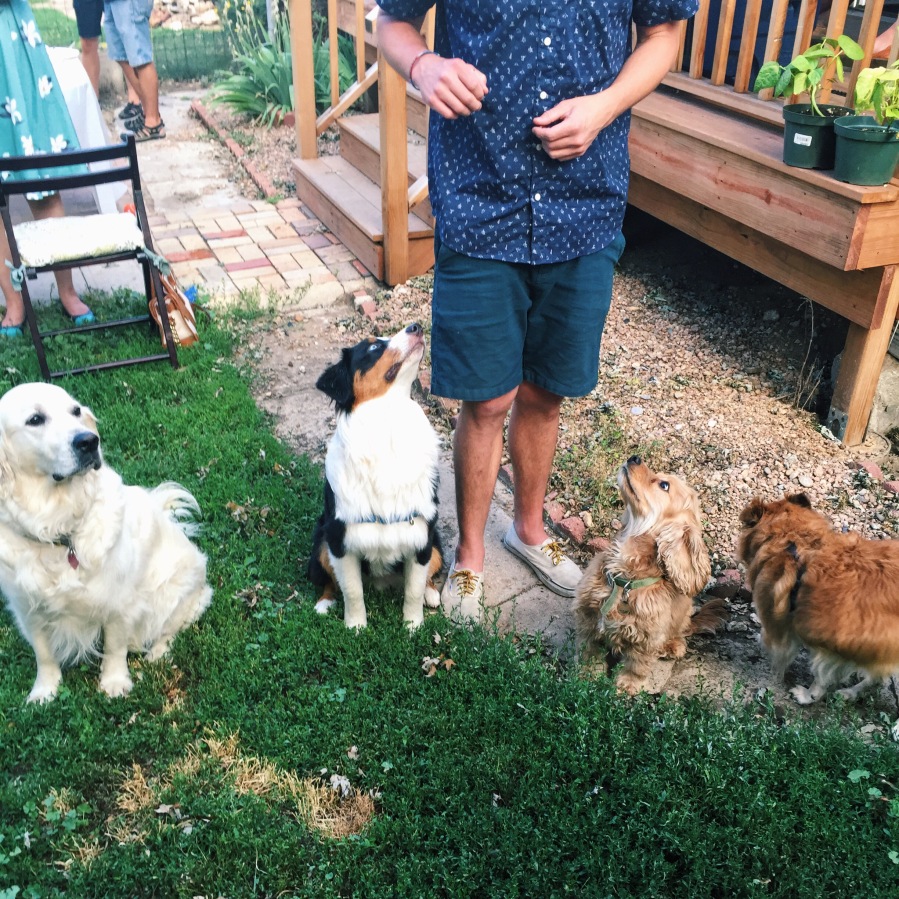 We even completely ignored the traditions of patriotic decorated cakes and the lighting of fireworks. [Heck, there weren’t even sparklers!] What kind of Fourth of July barbecue were we trying to pull?

But the following morning, something clicked. Maybe it’s because deep down I am a huge sucker for holidays, or maybe it was because I was granted a Monday free of obligation, but I felt the need to be a part of it all. To ride my bike along the river, to indulge in ice cream at the neighborhood block party, to seek out red, white, and blue wherever I could find it, to pursue every fireworks stand within our immediate vicinity, and to eat all the socially acceptable meat my body could handle.

As we sat there in our bike helmets holding our lunchtime ice creams [my second helping of the day, thank you very much] we finally hashed out our previous Fourth of July transgressions and presented arguments as to why there might still be reasons to celebrate it. We both agreed that our grouchiness had a lot to do with politics and even more to do with feeling that this country we were supposed to be celebrating was more fragmented and broken than ever. We were jaded, and we felt like frauds. As one of our friends put it: “this year, our fireworks might as well be prayer candles.”

But upon reflection, we realized there were still reasons to partake in it all. First, I reminded Jason that the musical Hamilton was excuse enough given its retelling of our nation’s independence and the men and women who fought to bring it to fruition. [Note: this is the second Hamilton reference in a row, so if you haven’t received the hint, go listen to it if you haven’t already.]

Second, for the first time in about a year, we witnessed some semblance of unity around us. The moment we stepped out of the house we were greeted by a barrage of red, white, and blue — everyone donning their patriotic best — and we couldn’t help but think that for just this one day, the Red and Blue states and individuals have a reason to come together. For one day, we are all on the same team. No heckling, no judging, no fear. For one day, we are our country’s motto manifested. E pluribus unum … “out of many, one”.

And that, friends, was something worth celebrating.

[Which we immediately did by cooking two racks of ribs and watching the movie Miracle — officially our new Fourth of July tradition.]

So to make up for our judgey-ness and altogether sour attitudes leading up to the holiday, we are sharing a recipe for the most “American” thing on our barbecue menu: Sweet Green Chile Relish. The recipe was inspired by a recent cookout we attended at Marg and John’s home following the baptism of their son, Hixson. Marg’s sister brought this divine Green Chile Relish up from New Mexico and served it on top of cream cheese with crackers. We devoured the majority of it and vowed to recreate it on our own. 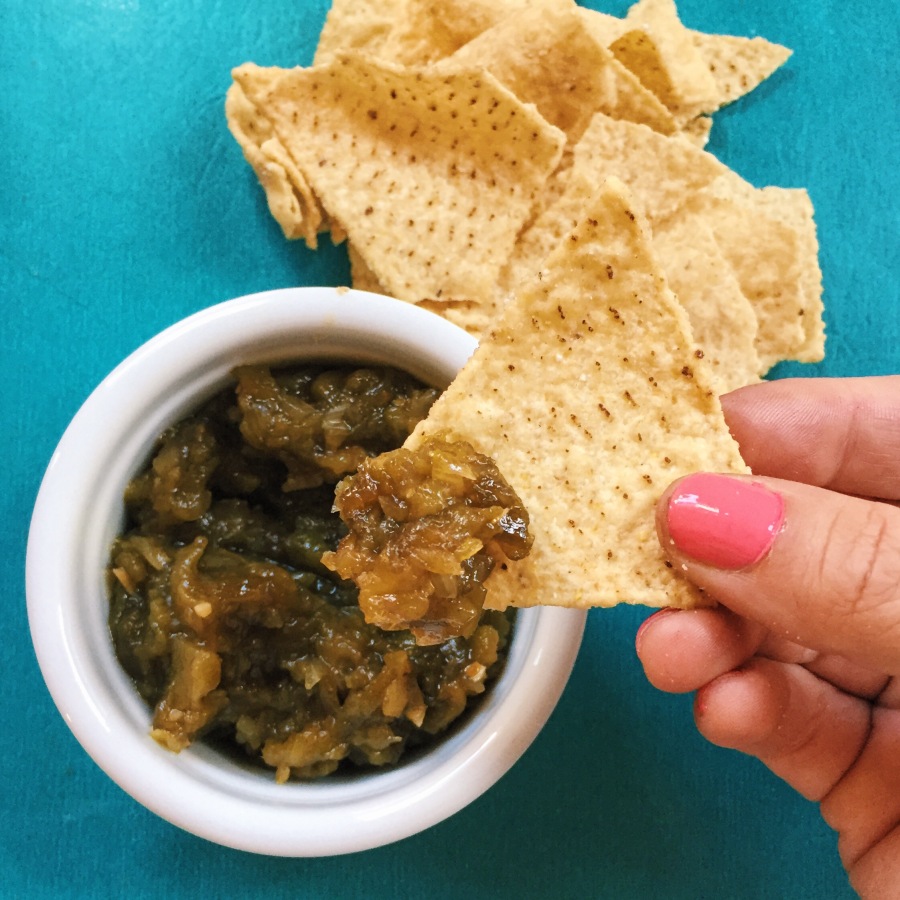 Our version is much spicier, and it’s sourced instead from the chile roasting stands freckling Denver’s Federal Boulevard. These days we’ve been putting it on everything from our morning eggs to our steak tacos. [Or, you can often find us just eating it straight out of the jar.]